Dominance Theory Part I: A Wolf in Dog’s Clothing

HomeUncategorizedDominance Theory Part I: A Wolf in Dog’s Clothing 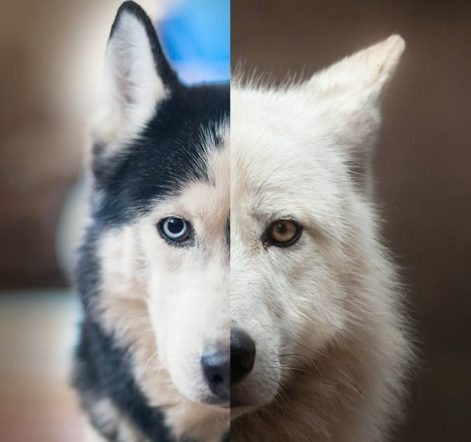 Dominance Theory Part I: A Wolf in Dog’s Clothing

I talk to lots of people all day long about dogs and training methods. Thanks to popular dog training shows such as The Dog Whisperer, one term I hear often is “Dominance”. I am so happy that people have shown an interest in learning about training methods and techniques, but this idea is outdated, not accurate and very dangerous.

The dominance theory was coined by Rudolph Schenkel while observing captive wolves and their behaviors in the 1930’s and 1940’s. So just what is wrong with this idea, since dogs evolved from wolves?

First, the data that was collected was done so by observing CAPTIVE wolves. These are wolves that are not with their family group, and put in an artificial environment, without the natural, wide girth of their territory. Dogs did not evolve from wolves in such an artificial vacuum. The behaviors of these wolves vary drastically from those of wolves in a wild, natural environment.

Captive wolves do indeed engage in dominant behavior, competing physically for resources such as food, shelter and mates, but this is a rarity, not the norm and definitely not done in their own family groups.  Wolves in their natural habitat create family groups consisting of mother, father, the newest litter and older litters. Members of previous litters stick around to facilitate in raising the newest litter and hang around until ready to venture out, find a mate and begin their own family group. There is little competition among members of the family as it is in their best interest to co-exist so that all members succeed and survive.

So, let’s say we do start studying wolves in their natural environment. Well, this still won’t give us the right sort of insight as these studies would be done a few thousand years too late. Every wolf or wild dog in existence today are not the exact same wolf the dog of today evolved from. They’re more like cousins, not ancestors.

Lastly, let’s talk about some other notable differences between wolves and dogs. Wolves are hunters, and dogs, if left to become feral, are more scavengers. Domestication has made dogs more adaptable to their environment and able to decipher human behaviors and body language; put a wolf in a domestic environment and you’ll easily see their inability to adapt and co-exist with humans.

While I think it is worth our while to study wolves and other wild dogs, I don’t think we should be placing such a heavy emphasis on our findings when thinking in terms of our domesticated pet dogs. Our dogs have come a long way on the evolutionary timeline. I think we owe it to them to treat them as their won individual species and learn from them when making decisions about them and their learning.