Dominance Theory Part II: Why Positive Reinforcement is SO MUCH BETTER

HomeUncategorizedDominance Theory Part II: Why Positive Reinforcement is SO MUCH BETTER 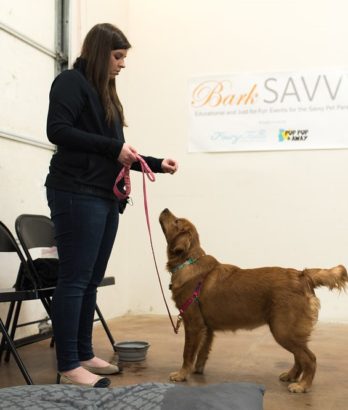 Dominance Theory Part II: Why Positive Reinforcement is SO MUCH BETTER

Now that we got the wolf talk out of the way (read the previous blog post), let’s talk about why dominance theory is a detrimental way of teaching our Canine Sidekicks.

If we still were thinking in terms of wolves and considering their evolutionary past, shouldn’t we also consider what has happened throughout the evolutionary and domestication process? It’s super unclear just when humans began to domesticate dogs, but it could be as little as 10-15 THOUSAND years ago. That means for at least 15,000 years, humans have been picking the canine individuals they think are best to breed and which genes to pass on to the next generation. Shouldn’t dominance have been bred out after all these years of domestication given the fact that people would breed the friendlier dogs? Shouldn’t that mean that if there was a dominance gene, it would have been bred out by now?

What is Dominance Training?

Dominance training methods suggests that we keep the upper hand on our dogs; be dominant over them before they have the chance to be dominant over us. Such tactics include alligator rolling your dog and other physically threatening methods. I don’t know about you, but if I was around someone who is known to at any moment come up to me and harm me physically, I’d be a little less likely to want to be around that individual. A lot less likely, actually! When you use dominant tactics, your dog may still love you unconditionally, but your relationship may be based more off fear than choice. You now have a damaged relationship, not one based on trust and consistency, which are the two things that create the safety and structure our dogs crave.

Dominance training also suggests that we have to be supremely ranked over our dogs. No dogs on beds or couches. No dog should ever cross a doorway before the human. No dog should eat first. No dog should be shown love or compassion. What the heck!? We get dogs to provide us with companionship and love. What is the point if they can’t sleep in the bed with us, get belly rubs or play tug-of-war games (all no-no’s in dominance training). When your dog put his chin on your knee, he’s not trying to dominate you! He has simply learned that when he does that, you pet him. When your dog goes through the door first, it doesn’t mean he’s plotting against you. It just means he thinks being outside is way more exciting that you do and can’t wait to get out.  These are behaviors that have yielded favorable consequences for your dog, so are most likely to occur again.

I always laugh a bit when clients are embarrassed to tell me their dogs sleep in the bed with them. SO DO MINE! They’re there right now! But I don’t think your dog should have the run of the house, either. There should be rules in place and manner behaviors established. Your dog should also enjoy living with you. After all, we don’t give them a choice in the matter.

Dominance training methods are just plain dangerous! That snarling, growling and teeth barring (you know, the “dominant displays”) are actually warning signs. Your dog is being polite- telling you she’s uncomfortable and giving you a chance to make a change before biting. Instead of taking it personally, examine why your dog is growling. Is she scared? If so, let’s teach her not to be afraid of whatever the stimulus may be. Is she resource guarding? Ok, let’s teach her to be ok with us taking things away from her. If we ignore these warning signs, it just builds more anxiety and increases the growling and snarling and your chances of needing stitches.

If not Dominance Training, then what?

So, just why? When there are safer, more humane ways to train. Positive Reinforcement training focuses on the good, not the bad. We teach our dogs behaviors we approve of (like sit, down come and leave it) then build up a history of rewards. Behaviors that have positive consequences are going to happen more often. Behaviors that have a negative or neutral consequence are going to happen less often. When we remove reinforcers, accidental or even environmental, for unwanted behaviors your dog will exhibit the unwanted behaviors less.

Positive reinforcement works great with all other species- horses, apes and monkeys, even betta fish. I once trained a chicken using positive reinforcement! So why would we not consider it with our dogs who have proven to be smart, intelligent and capable of magnificent tasks?

Positive reinforcement training builds trust and stability. Don’t you like the family member who buys you goodies and gives you compliments more than the relative who calls you names and smacks you on the back of the head? Be the parents your dog looks to when scared, nervous or anxious, not the parent who causes it.

Positive reinforcement is superior than dominance training when looking at scientific data and anecdotal testimonies. I just got back from a seminar where Trainer Ken Ramirez gave a talk about how he facilitated organizations, who historically used aversive methods, switch to positive reinforcement methods. When working with guide dogs, the dogs got through the training process faster, needed less “tune up” training, and actually increased their working lives by 1.5-2 years (WHOA!). When he was asked to work with law enforcement and bomb detection dogs, the rate of successful detection went from 74% to 97% (that means about 1 out of 4 bombs used to go undetected!!) and the rate of false detections decreased from 14% to less than 1%! These are two very important jobs we ask out canines to do- it’s important they get it right!

Positive Reinforcement for the WIN!

Our dogs provide us with so much love, affection and comfort. I think we owe it to them to provide the same by using scientifically-proven methods that teach manners, builds trust and creates harmony in our homes.